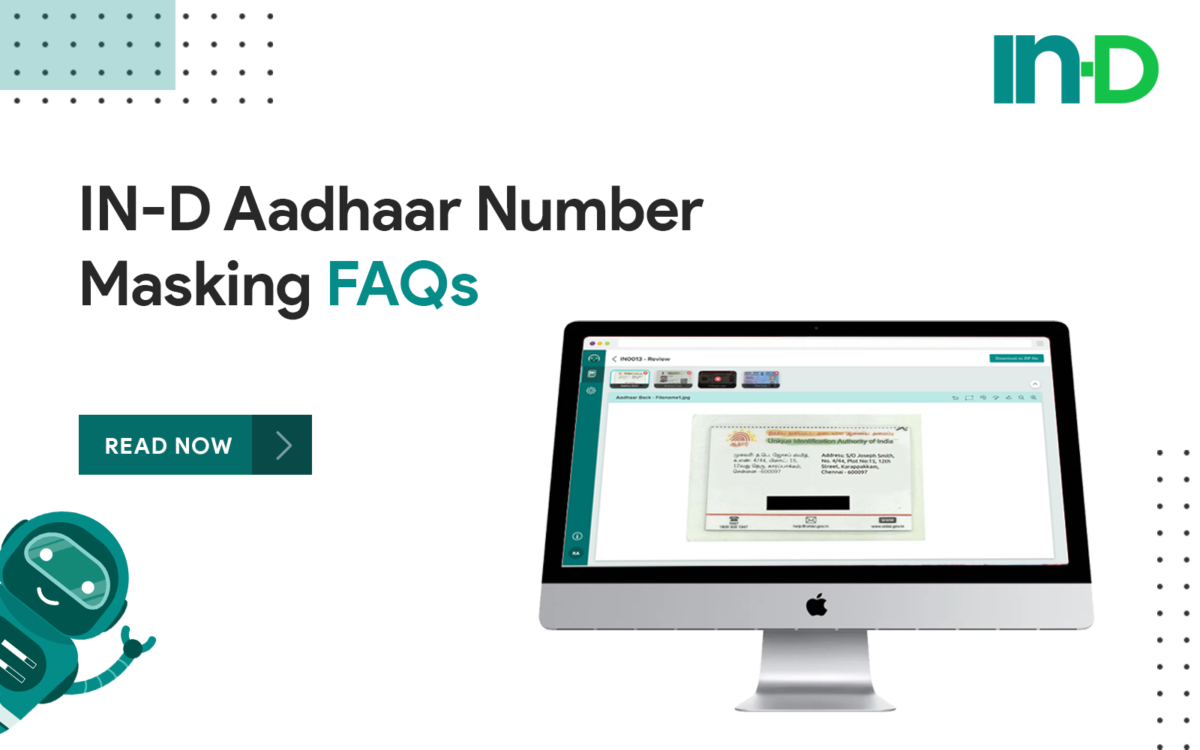 What is Aadhaar Masking or Aadhaar Redaction?

Aadhaar is a verifiable 12-digit national identification number issued and regulated by the Unique Identification Authority of India (UIDAI) to the citizens of India, free of cost. As per the UIDAI circular released in 2018, it is mandatory for all organizations handling Aadhaar to blackout the first eight digits of the Aadhaar numbers (physical or digital) from the Aadhaar card copies captured as part of the proof of identity.

What are the other compliance requirements pertaining to Aadhaar Masking?

Additionally, the following institutions require organizations under their watch to specifically comply with Aadhaar masking requirements.

IRDAI regulation on masking the Aadhaar number (Dated 29 January 2019): Allowing of Aadhaar Card as one of the acceptable documents for KYC – under certain conditions: Ref: IRDAI/SDD/Cl R/MISC/020/01/2019

SEBI regulation on masking the Aadhaar number (Dated 24 April 2020): Clarification on Know Your Client (KYC) Process and Use of Technology for KYC: Ref: SEBI/HO/MIRSD/DOP/CIR/P/202

Do I have to mask Aadhaar copies stored in my Database?

As per regulations, you will have to mask all Aadhaar at the source and before storing them. Thus, all Aadhaar copies stored in the database have to be mandatorily masked even if they were captured before the compliance came into effect.

Do I have to mask the Aadhaar number in the video?

Yes. If you are using services such as Video KYC to onboard and verify customers, then also you must redact the Aadhaar Number from the Aadhaar card shown in the video.

Is Aadhaar masking mandatory for a non-regulated entity?

Yes. Regardless of the industry, every firm should mask/redact Aadhaar numbers as per current mandates. For instance, even for a start-up getting the Aadhaar card as proof of identity from employers/customers, it needs to be masked before filing or storage.

I do not have Aadhaar Copies segregated in my Database?

You do not need to worry in case your archives have all ID cards together and Aadhaar is not segregated. IN-D’s AI model will recognize the Aadhaar document and automatically redact/mask and store it back in the Database.

With IN-D Aadhaar Data Masking, you can

Your email will be used to send you our new blog posts and updates. You can unsubscribe at any time using the link in our emails.